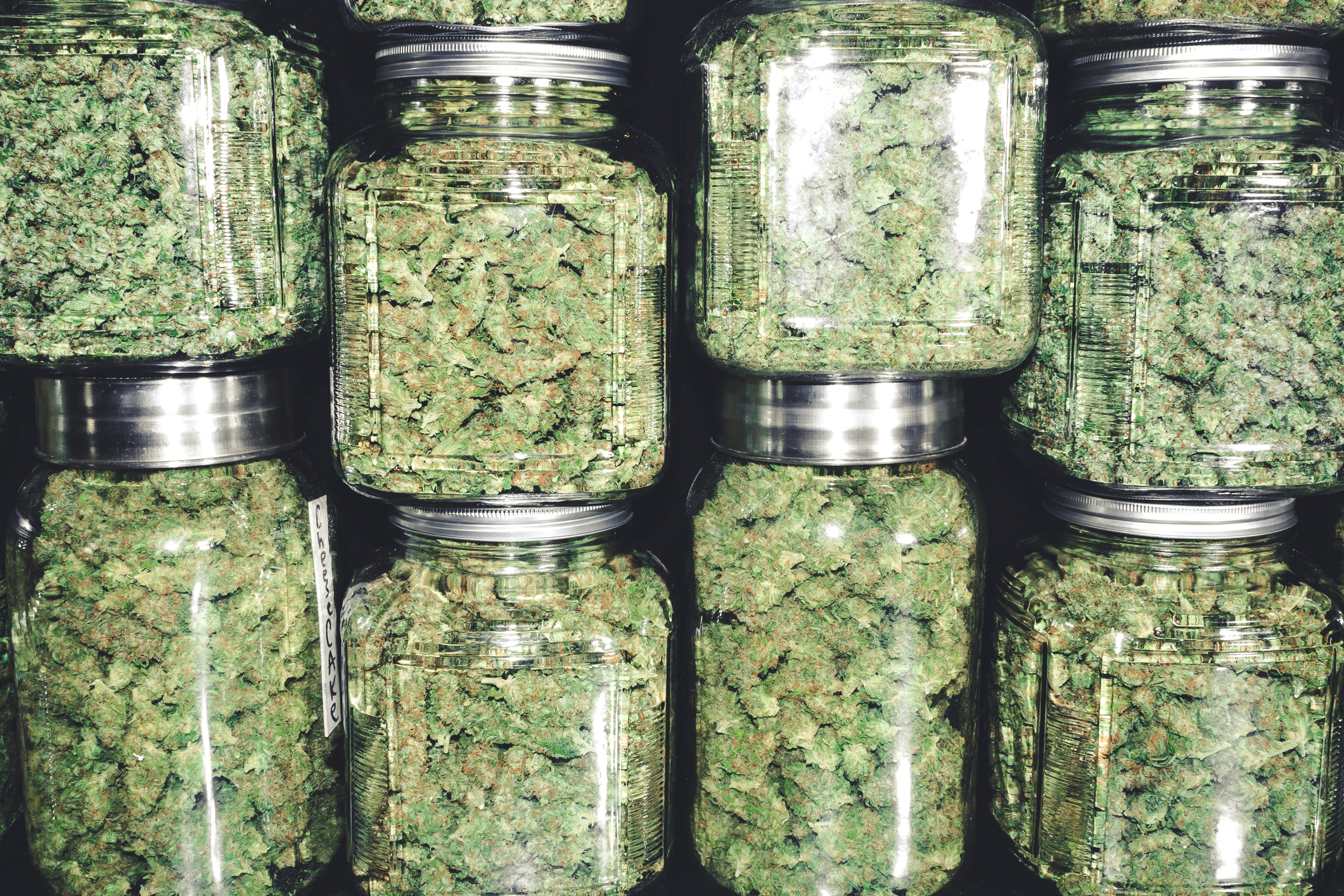 Jars of bud on display inside the newly renovated Lake Effect medical marijuana dispensary in Portage, Michigan on March 26, 2019. (Joel Bissell | MLive.com)24292sharesBy Amy Biolchini | abiolch1@mlive.comAn unlicensed medical marijuana shop in Detroit is taking the state to court to try and prevent regulators from shutting it down next week.Green Genie filed a lawsuit March 26 in the Michigan Court of Claims, asking the state to allow unlicensed businesses to keep their doors open.Officials with the Department of Licensing and Regulatory Affairs have allowed unlicensed dispensaries to sell marijuana to card-carrying patients for the past year as they’ve added regulations to the industry.The deadline for these shops to be fully licensed has been pushed back multiple times -- in part due to successful legal challenges and to officials intervening.false50 unlicensed medical marijuana shops to be shut down by Michigan officialsThe provisioning centers will face cease-and-desist letters from state officials after March 31.Now, about 50 unlicensed provisioning centers will be facing cease-and-desist orders from the state after March 31.The owner of Green Genie in Detroit is challenging that deadline. In his suit, he claims the application for a license was denied because of a state error in recording his tax payments.Green Genie has operated without a license in Detroit since July 2017, and serves about 20,000 patients, according to the lawsuit filing.The business filed an application for a state license in February 2018. In July the Bureau of Marijuana Regulation informed the business that it owed $45,068 in unpaid state tax liens due to an error in.........https://www.mlive.com/news/2019/03/michigans-crackdown-on-unlicensed-medical-weed-shops-faces-legal-challenge.html

Give us a call or walk-in now!

Thank you for choosing Natures Answer.

Oops, you forgot something.

The words you entered did not match the given text. Please try again.

Reply Gabrielbex
5:01 PM on October 5, 2020
Want always earn on the auction and make less mistakes?
Introducing To your attention http://gary.biorobot.xyz - service for automatic investment in profitable positions on the exchange. For a successful start, register in the system and after making $ 300 on a deposit, start making profits using robot.
Want to win more? Take risks and get profit faster than others. Flexible configuration of the robot allows you always to receive income from personal capital. Invest your money wisely!

Toorry what are the dosages for cialis