Shopping Cart
Your Cart is Empty
Quantity:
Subtotal
Taxes
Shipping
Total
There was an error with PayPalClick here to try again

Thank you for your business!You should be receiving an order confirmation from Paypal shortly.Exit Shopping Cart

« Back to WEED NEWS

How to Make Cannabis Maple Candy

We have done several posts regarding cooking with cannabis, and here is another one about how to make cannabis maple candy from a guest author. She has explained her purpose and reason for sharing...

What is the DUI Limit for Marijuana in States Where It�??s Legal?

What is the DUI limit for marijuana in states where it’s legal?

As everyone is aware, recreational cannabis is now fully legal for a...

How Parents Can End the Stigma of Recreational Marijuana Use

stigma of recreational marijuana use

I am so thrilled to have another guest post from a fellow mom named Jennifer Landis and to hear her thoughts about how parents can end the stigma of recreational marijuana us...

We have been following the legislature in Vermont particularly closely this session as you can see by our articles here and here...

Every mom loves to be pampered, but often enough she doesn’t have the extra time to run to the salon or spa. On those days, mom could use a quick do-it-yourself indulgence. Since Mother’s Day is this Sunday, May 14, here’s a solution that provides people everywhere with unique, cannabis oil-infused gifts for mom that you can make at home. We have created the ultimate collection of handcrafted, luxury goo...

The 7 Best Mother�??s Day Gifts for the Stoner Mom in Your Life

By Leah Maurer on May 9, 2017 Culture, Marijuana Products

As legal weed becomes more and more prevalent in the U.S., so do the options for gifts for those of us who use cannabis. Be... 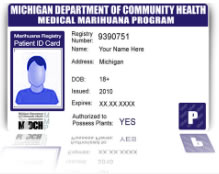 James Slatic, who owned a medical cannabis businesses in Kearny Mesa called Med-West Distribution, California and had 35 employees, was the subject of a raid in January 2016. His employees were arrested and later released without charges, and Slatic’s business and personal assets were frozen and later confiscated. Now, over a year later, Slatic will finally be receiving over $100,000 back thanks to a recent Supreme Court...

The New York Department of Health (DOH) has released a list of doctors, nurse practitioners and physicians who are willing to publicly participate in the state’s medical cannabis program for the first time on May 5. The handy list comes complete with names, specialties, addresses and phone numbers.

By Leah Maurer on May 9, 2017 Major Cannabis Events

Cannabis samples from one of the judges packs for the Cultivation Classic.

We have been covering a lot of news about what is going on in the New England Stat...

The national attitude toward marijuana is changing. Some states have legalized weed, others have it ...

By Leah Maurer on May 3, 2017 Marijuana Industry

The cannabis community knows that the industry is rising, and now there’s evidence to prove it. Two recent reports studying the demographics and choices of cannabis consumers have exhibited the growing market, while showing the benefits and profitability of medical cannabis for the medical industry. Legalization is proving to be profitable for many states, bringing tax revenue and new industry, with markets like Californ...

5 Genius Hacks to Determine the Quality of Your Weed

quality of your weed

Have you ever bought weed and felt that the quality of your weed sucks? Well, you should not repeat the sa...